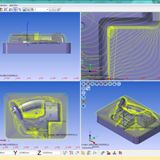 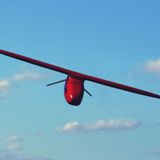 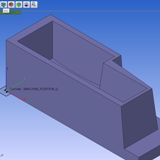 CAM Software solution – WORKNC, will launch their latest 2016 version at the INDUSTRIE Trade Fair in France which includes the significant Waveform technology enhancement.

The INDUSTRIE Paris Trade Fair is the perfect venue for Vero Software to launch the new version of WORKNC, the automatic 2 to 5 axis CAM solution for complex 3D geometries. With 1,000 exhibitors and brands represented, the show gathers together all the leading industry stakeholders from around the world.
The new 2016 version name of WORKNC originates from the newly adopted six monthly cycles resulting in two major versions per year.

From the 4th to 8th April, visitors to the Vero Software stand (Hall 5A Stand M56) at VILLEPINTE in the north of Paris, will see WORKNC's continued improvements in the field of collision free machining for which it is universally renowned. WORKNC 2016 also includes the innovative Waveform technology; further strengthening its key values along with precise toolpaths, reduced cycle times and high quality surface finishing, all of which contribute towards lower costs.

In order to maintain a constant load on the cutter, the strategy consists of machining from the stock material towards the part geometry. This approach results in a reduced number of intermittent cutting movements, especially in the outer areas, meaning that the tool stays engaged in the material for as long as possible and leads to fewer retracts and air cutting periods.

The stepover distance automatically adjusts in order to maintain a constant load on the cutter over the complete toolpath trajectory, making it possible to maintain optimal feed rates during the whole cycle, which can attain rates of up to 5 times faster than a traditional roughing strategy. Machining is performed over the full cutting length of the tool (whenever possible) which distributes load evenly.

In WORKNC 2016, it is now even easier to select the different commands in the graphical user interface and commands are now at the users' fingertips. The WORKNC 2016 interface is more intuitive thanks to graphic symbols representing calculated operations.

In version 2016, the Auto 5 technology; a real advancement in the domain of 5 axis machining, is now available as a standard module.

Thanks to Auto 5, users can automatically generate 5 axis toolpaths based on existing 3 axis toolpaths while also taking into consideration the kinematics of the selected 5 axis NC machine. Engineers can convert 3 axis and 3+2 axis toolpaths into simultaneous 5 axis toolpaths.  Programming can be done directly in the workshop. The intelligent toolpaths are dynamically and automatically checked in order to avoid collisions and manage the linear and rotational limits of the machine.

The Auto 5 technology allows the use of shorter, more rigid cutters allowing most of the part to be finished in one single operation. The use of this module facilitates the finishing phase of a project.
A drone with a span of around 2 meters was designed and entirely machined with WORKNC by start-up company Airborne Concept, who will also be present on the stand.

Christophe MORCILLO, Technical Director of Airborne Concept SAS, said: "We have developed a 3 and 5 axis CAM programming solution which is accessible, user-friendly and easy to learn. The ease of programming with WORKNC, even for 5 axis jobs, is very impressive and the WORKNC team is always on hand to provide instant assistance”.