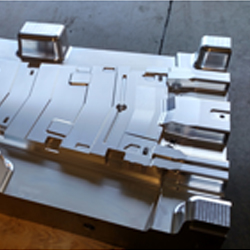 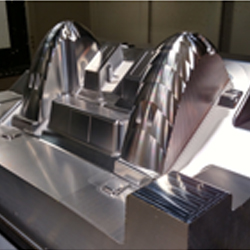 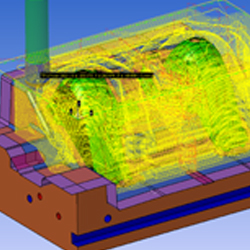 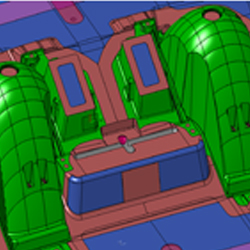 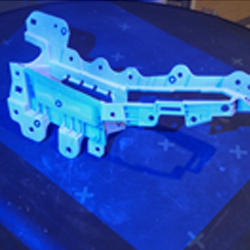 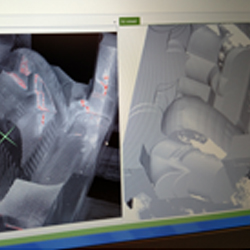 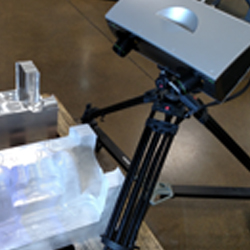 Eye on the Prize

Andreas and Joseph Batz of Sable Engineering take business to the next level with WORKNC.

As is the case with all manufacturers, time is of the essence for Andreas and Joseph Batz.

The two experienced Michigan-based manufacturers of automotive, aerospace and medical parts are dedicated to turning out the best products in the business while cutting both programming and machining time.

“We’re taking this to the next level and doing things that other people haven’t even thought of doing,” says Joe Batz, director of operations for Sable Engineering of Port Huron, Michigan.

Sable’s key strategy for taking business to the next level is investing in the kind of machinery and software that will empower them to reach the topmost rung of their enterprise.

“We are striving to build state-of-the-art facilities,” says Andreas Batz, Sable’s president and founder, of what sets his company apart from the pack.

“We use WORKNC because it allows us to have multiple fixture setups on all of our CNC machines. Some of the parts we produce can be plus or minus .0002.”

Established partially for Andreas’s love of automotive engineering, the company has steadily grown since its founding in November of 1999. With 14 employees strong and still growing, Sable’s star remains on the rise.

The machining of automotive injection tooling accounts for the lion’s share of business, followed by various aerospace parts — particularly fixturing and forms — and medical products, such as implants.

“We have a wide array of customers,” says Andreas, who adds that he also has a lot of competition. “Sable prides itself on going the extra mile to provide very high-quality work, and exceptional surface finishes.”

Sable’s equipment includes 8 CNC Machining Centers — both three and 5-axis — with multiple fixture setups on each.

This combination of steep financial investment and machine-tool complexity prompted Andreas to invest in a reliable computer-aided-manufacturing (CAM) solution that would enable him to maximize and protect his machinery.

As a long-time manufacturer, Andreas is well versed in the offerings of the CAM market. He was familiar with the WORKNC CAM solution, by Vero Software, upon opening his business, and has since found that it has fulfilled Sable’s needs.

“We use WORKNC because it allows us to have multiple fixture setups on all of our CNC machines,” he says. “Some of the parts we produce can be plus or minus .0002.”

The majority of materials machined at Sable are aluminum, P20 steel, H13 hard steel, stainless steel, and plastics, which can be challenging to cut due to an abrasive carbon contents.

“In other words,” Joe says, “this isn’t your grandfather’s machine shop.”

To begin the programming process, programmers at Sable typically import a solid model designed in the Cimatron computer-aided-design (CAD) system into WORKNC.

Sable utilizes Cimatron for its major design needs, but also takes advantage of the CAD capabilities within WORKNC to make minor changes during the programming process.

Due to the associative nature of the CAD and CAM functionality of WORKNC, Sable programmers can make changes to the CAD model that are automatically reflected within the CAM program.

“The CAD side of WORKNC will establish how to set up a job, and it’s linked to the CAM side,” Joe says. “In WORKNC, I can switch from the CAM side back to the CAD side to make a change, and it automatically updates the CAM program.”

“WORKNC will actually process three toolpaths at one time,” Andreas says, noting that it isn’t uncommon for the company to be working on 15 programs simultaneously.

“There is a lot of software that doesn’t utilize multiple computer processors at the same time,” Joe says of the power inherent to WORKNC. “Back in the old days, you would hit a button to process programs and then go get a cup of coffee.”

At Sable, those days are over.

The batch mode calculation ability of WORKNC, which keeps the user interface free to tackle other jobs, utilizes the full processing capabilities of the PC.

The software’s parallel 64bit processing functionality also enables multiple cutter paths in the WORKNC workzone to be run simultaneously, provided that any given toolpath is not dependent upon another.

WORKNC’s automatic feature recognition function, which saves the programmer time that would otherwise be invested in identifying and defining the dimensions of part features, is an additional time saver for Sable’s programming department.

Once the CAD model is imported into WORKNC, the software can automatically identify part features to be machined. The flexibility of the system allows for the customization of the process, as programmers are also able to de-select automatically defined features if they’d prefer, for instance, to wait to machine them.

“Automatic feature recognition will actually identify all of the holes — whether it’s a tapped hole, a drilled hole, hole, et cetera,”  Joe says. “That saves a lot of time.”

The application of WORKNC workzones to stock models is another time-saving function for Sable. Workzones simplify and maintain the integrity of the programming process while allowing multiple programmers to work on the same program from different locations.

“You might rough a job and the guy finishing it may be in another building.” Joe explains. “In most cases shops have programmers who can only create rougher programs, and experienced programmers creating finishing paths.”

In those cases, a programmer is able to complete the roughing portion of a program, export the stock model with the new parameters, and pass that model off to another programmer.

“The software knows what’s left, and where the tool went — and it’s just simpler to give someone a model that’s been worked on,” Andreas says.

“Instead of me scrolling through 14 layers of toolpath, it’s just easier to start with a new model,” Joe adds.

In no instance is Andreas and Joe’s willingness to embrace new and emerging technologies more apparent than it their use of scanning and engineering technology.

Sable uses a free-standing Steinbichler Comet L3D 5MP Blue-LED scanner to scan existing parts for reproduction, and to scan parts with dimensions or pallet placements that are challenging to pinpoint. Once the part is scanned, the scanner creates an .STL file that can then be imported into WORKNC.

“It’s not so much saving time as knowing where you are,” says Joe of the use of a scanner for identifying part dimensions and exact location. He adds that, with jobs involving raw castings or the use of palletized machines, the use of the scanner enables the programmer to get an accurate fix on a workpiece.

“You can’t run your machines unattended if you don’t know where your parts are.” Andreas adds. “The technology for scanners has grown exponentially in the last three to four years.”

Most notably, scanners are able to manage data much more quickly than ever before. The ability of CAM systems like WORKNC to utilize the data further drives the development of scanning for manufacturing purposes.

Sable’s Steinbichler scanner, paired with its CNC machinery and WORKNC, makes it possible to complete work that would have taken a week or more in just a few days.

“For example,” Joe says, “one of our customers supplied Sable with tuned V-6 throttle bodies, hand ported and polished. By laser scanning the first hand-worked throttle body, our engineers created a solid model for CNC machining. It took the guy a week to make the first part — but it only took me 90 minutes to complete the same part with our CNC equipment.”

Though Sable has clearly met with success in part because of his pioneering spirit, Andreas is quick to point out that realizing his company vision was, in some aspects, a group effort.

“We are very dedicated to our customers,” he says, “and appreciate everyone involved with helping Sable Engineering grow into the company we are today.”

“We use WORKNC because it allows us to have multiple fixture setups on all of our CNC machines. Some of the parts we produce can be plus or minus .0002.”